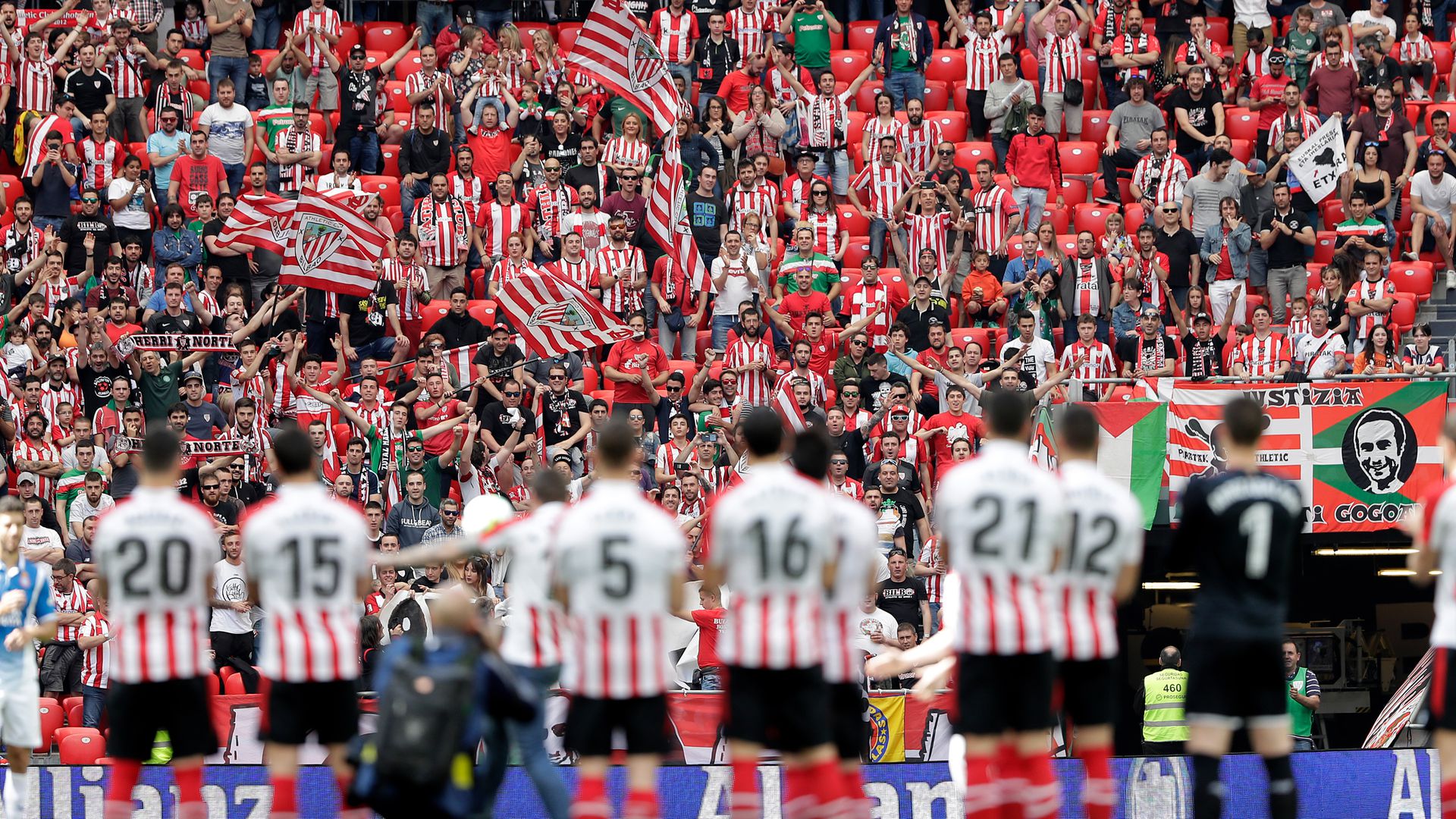 Along with Real Madrid and Barcelona, ​​Athletic Bilbao is one of the teams that has never been relegated in La Liga. But that is not all the fans of this club are proud of their home team. Moreover, Athletic Bilbao also has a very special history of only using players born or grown up in the Basque. First, let’s learn a little bit about the land of Basque. It is a territory located west of the Pyrénées mountains between France and Spain. At present day, the Basque is still counted as an autonomous community under Spanish rule, similar to that of Catalonia. Traditionally, the Basque is divided into 7 regions including 4 southern regions (Hegoalde) in Spain and 3 northern regions (Iparralde) in France. Therefore, it is an interesting fact that there are several popular French players who are counted as typical Basque people like Antoine Griezmann or defender Bixente Lizarazu.

Regarding the professional national championships, the case of the Athletic Bilbao club can be seen as rare if not unique in Europe at the moment. In fact, there was another team, Real Sociedad, that used to have a policy of only using players from the Basque. However, in 1989, the club decided to call off this tradition to strengthen its forces by bringing in an Irish player, John Aldidge.. Despite the limited force of indigenous people, the fans are always proud of Athletic Bilbao as they are still able to compete fairly in La Liga. There have been many questions about whether Bilbao should abandon that policy to build a stronger team. However, according to a survey in El Mundo newspaper, more than three-quarters of the fans’ responses said they would rather see the club relegated than cancel the tradition. Trophies may be lost, but the pride of an icon and the belief of the fans cannot be easily regained. Athletic Bilbao still maintains the use of local players till now, and it has been an interesting feature in La Liga over the years.