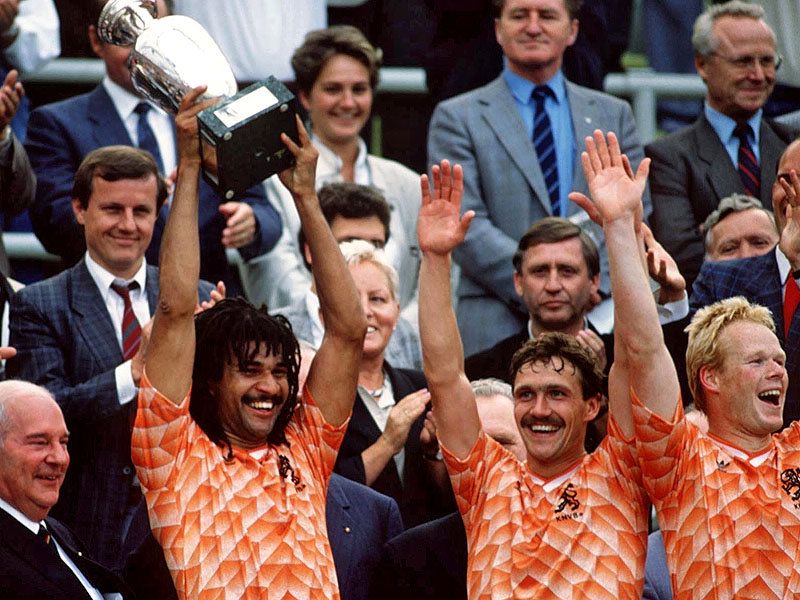 The hosting of the tournament was initially contested by five bids and West Germany was finally announced as the winner after the vote. Eight stadiums in West Germany were used for the 1988 UEFA Euro finals. Olympiastadion in Munich was chosen as the place for the opening match and the final. The other places were the Rheinstadion in Düsseldorf, the Niedersachsenstadion in Hannover, Gelsenkirchen Parkstadion, Cologne’s Müngersdorfer Stadion, the Neckarstadion in Stuttgart, Frankfurt’s Waldstadion and Hamburg’s Volksparkstadion.

As well as the UEFA Euro 1984 final, Eight teams competed at the finals, while 32 sides participated in qualifying. West Germany qualified for the finals automatically as hosts. In addition to the familiar national teams such as Soviet Union, England, Italy, Netherlands, Spain, Denmark, and the host West Germany, this is the first appearance of the Republic of Ireland national team. They are winners in group 7 which consisted of Belgium, Bulgaria, Luxembourg, and Scotland.

In the semi-final round, Netherlands excellently defeated the host West Germany with a score of 2-1 while the Soviet Union also beat Italy 2-0.

The UEFA Euro 1988 Final match took place at Munich’s Olympiastadion on 25 June. The Netherlands scored at 32 minutes with a smashing header from captain Ruud Gullit. Shortly after, Marco van Basten’s amazing volley from a tight angle killed the game off after 52 minutes.

The final match ended 2–0 with victory for the Netherlands. It remains the only major international trophy that the “Oranje” have won, while the Soviet Union remains the only team to have lost three UEFA European Championship finals until 2008 Germany became the second team.

Marco van Basten is regarded to be one of the greatest players in UEFA Euro 1988. He scored five goals including a hat-trick against England, a decisive goal against West Germany and the Soviet Union in the semi-final and final match. The goal he scored in the final match is the memorable moment of Euro 1988.

Van Basten was quoted as saying by Uefa.com. “You need a lot of luck with a shot like that. Everything went well. It is one of those things that sometimes just happens. I had a difficult year with a lot of injury problems. From that moment (the England win), everything changed and everything went positive.”