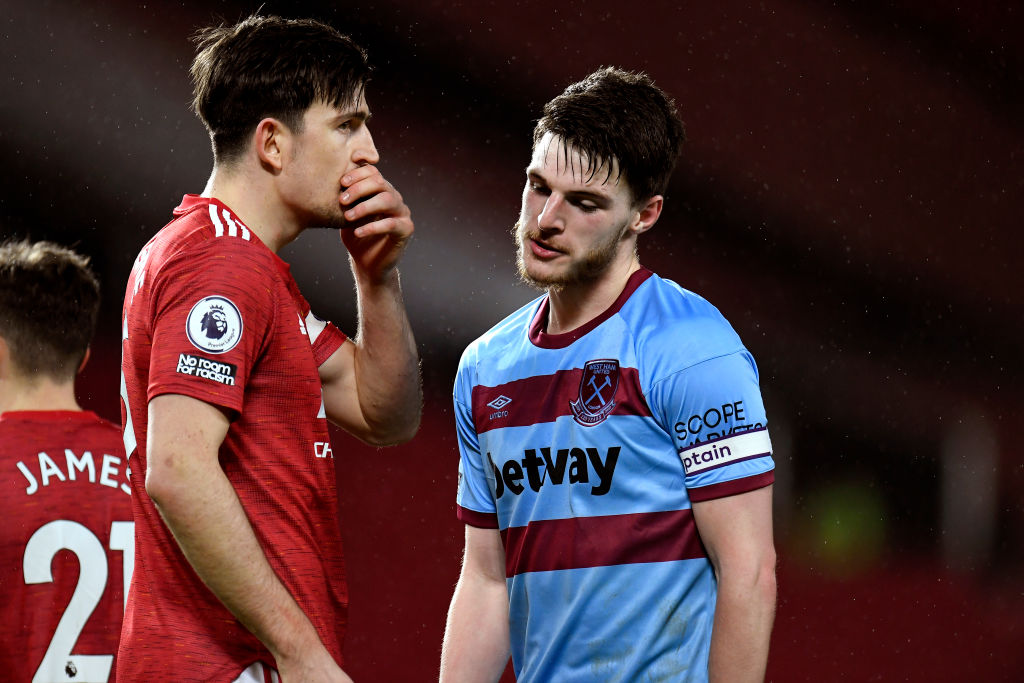 The summer transfer window could potentially open as early as May 24th. Manchester United have some new targets in the race to prepare for next season. There are 4 stars that are proposed by the Red Devils.

The French defender has only 17-months left on his contract at the Bernabeu and Real Madrid. This means they may be forced to sell him at the end of the season. According to Transfermarkt, the value of Varane is currently around  £63m. This price is quite reasonable when Man United really needs a world-class defender, with enough experience in the squad.

Turning 22 years old, Declan Rice has established himself as one of the best defensive midfielders in the Premier League. He has shown his passing abilities, vision and leadership despite being so young. However, West Ham value Declan Rice up to £100million, that is a really high price and carries a great deal of risk.

Jules Kounde is playing as a centre-back for La Liga club, Sevilla. He has an impressive performance this season and is an irreplaceable position in this club’s defense. On the other hand, looking at Man United’s defence, except for captain Harry Maguire, both Eric Bailly and Victor Lindelof have not shown their stable performance. Jules Kounde will be a good choice if Man United can’t bring Raphael Varane to Old Trafford. Kounde’s contract at the Ramon Sanchez Pizjuan will last until the summer of 2024 and the value of this defender is currently about €60.00m.

Manchester United is interested in Juventus player Dejan Kulusevski. A Swedish attacker has his own 5 goals this season and played quite impressively as a right-winger. It is widely known that Man United does not have many options on the right flank and Dejan Kulusevski is really a reasonable deal.