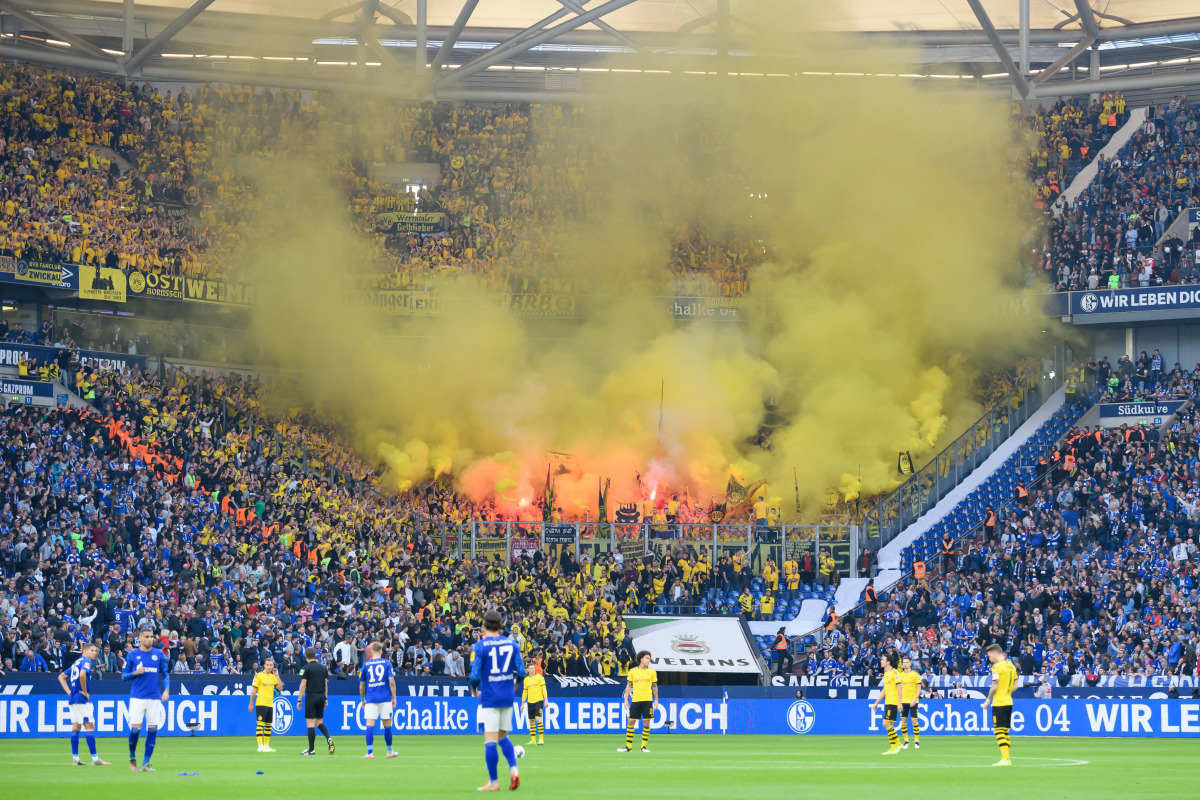 The match between Borussia Dortmund and Schalke 04 has been one of the most intense and exciting game in the Bundesliga. Be a rivalry over the years has made two teams become “archenemy”. Now, Let us introduce 5 interesting facts about Ruhr Derby.

The match between Borussia Dortmund and Schalke 04 is also known as “Revierderby ”. In fact, the distance between Dortmund city and Gelsenkirchen city (where Schalke 04 is stationed) is only about 30km. Both two cities in Ruhr, a famous industrial area in Germany.

Because of the pride of the two giant clubs in Ruhl, Borussia Dortmund and Schalke 04. Revierderby has always been seen as the unique Ruhr derby. Some matches between other teams in Ruhr are always called with a different name “minor Ruhr derby”. This rule is named “Kohlenpott”.

3. The match with many goals

In the 1960s and 70s, the police used the dog for security in the stadium. At a Ruhr derby in 1969, a German Shepard dog named Blitz that is uncontrolled took a bite out of Friedel Rausch who is a player of the Schalke. Fortunately, Rausch is still able to continue playing after getting his rabies vaccine. However, the fact that Blitz is not a dog for security and just a normal dog was brought into the stadium by a Dortmund fan.

5. Appear …a lion in the stadium

Shortly, in the home match, Schalke President, Guenter Siebert decided to go to the local zoo and borrow a lion for the day. Before the match, he had a powerful demonstration when he took this lion around the stadium to retaliate against the previous Blitz dog incident.